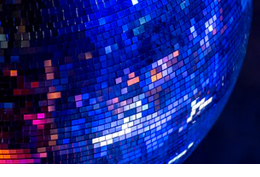 We’ve compiled a few of our favorite fun facts from the Disco era and artists from the Ultimate Disco Cruise 2021 roster. How well do you remember the era that brought us this new dance and cultural revolution? Join our community and add any of your own fun facts, memories and pictures to our Facebook page. Tag friends, songs and your favorite clubs. We welcome any tidbits, pictures and your favorite memories of the disco seventies.

Trivia is courtesy of Steve Walsh of Hitmaker Trivia.