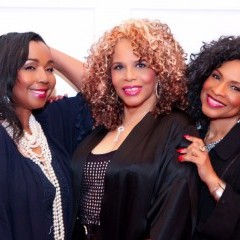 Alongside producers Nile Rodgers and Bernard Edwards, with drummer Tony Thompson these legendary ladies delivered style, sophistication and soul, and made Chic synonymous with infectious hooks and timeless grooves.

Throughout the '70s and '80s, Alfa, Luci, and Norma Jean also lent background vocals to the CHIC Organization’s high profile productions for a number of artists. Alfa and Norma sang on the Grammy-nominated title track to We Are Family (1979) by Sister Sledge, which instantly became a worldwide anthem. Before singing on I Love My Lady (1981) by Johnny Mathis, Alfa and Luci contributed vocals to Diana Ross' number one R&B album diana (1980).

Following their tenure in CHIC, each of these ladies worked with an array of music icons including Aretha Franklin, Mick Jagger, Madonna, Bryan Adams, Melba Moore, and Bryan Ferry. Alfa toured with Luther Vandross and founded Voices of Shalom while Luci and Norma formed a duo and brought disco hits to new generations of listeners. Parallel to each vocalist’s many creative pursuits, CHIC’s seminal contributions to popular music were recognized by some of the music industry’s most prestigious organizations, including several nominations for the Rock & Roll Hall of Fame.

Today Alfa, Luci, and Norma Jean performs throughout the world, and their sound takes you back to the era of Studio 54, when dancing was a way of life or it simply reminds you that “good music like good times”, should last forever.